We’re working on some awesome new visualizations and statistics here at GitHub. While they’re not quite ready to roll out, there is one chart I wanted to share. 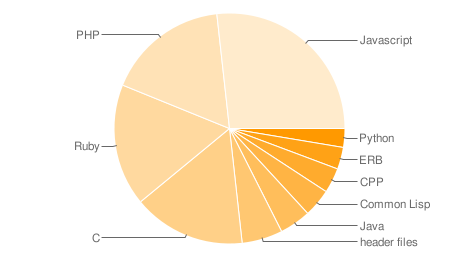 These are the top 10 languages stored on GitHub, based on some simple heuristics. Forks are not counted – only unique code.

If you aren’t using the GitHub gem, then perhaps “webmat’s”:webmat git_remote_branch may interest you. The aim of the micro-project can best be summed up with a quote:

I believe the commands for the simple scenario can be simpler.

Check out the blog post for more information on what git_remote_branch does and how it can help.

For the folks trying to install a RubyGem via GitHub prior to yesterday’s release, you’d get the all too familiar “Updating metadata for 563 gems…” every time.

Well no more, thanks to a massive effort by Eric Hodel. Not only are the issues with adding multiple sources fixed, but the indexing has been fixed such that gem installs are basically instantaneous now.

Do yourself a favor and run the following commands if you’re a Ruby guy/gal.

You’re now able to install gems from GitHub directly without specifying the source, just like you would if you were installing them from RubyForge.

That’s all there is to it, thanks Eric!

You’ve problem seen Cheat by way of the Git cheat sheet. Yeah, it rocks. Well guess what – the industrious Robin took it a step forward and wrote a Git-backed version of Cheat called Chit.

Want to get started? Grab the Chitsheet repo (a snapshot of Cheat’s content) and have at.

Some commands to play with:

Chit goes one step further, too: “You can also have a private repository for non-shareable cheat sheet. Put a prefix ‘@’ before the sheet name and everything is in private mode.”

Got any ‘Fork You’ spottings? “Hit me”:mailto:chris@logicalawesome.com.

You can now clone public repositories hosted on GitHub over HTTP. This is very slow and should only be used if the git port (9418) is blocked due to a firewall or other tomfoolery.

If you’re a Ruby on Rails user, you can now install plugins without Git installed on your machine. This means your loyal blog readers stuck in the past don’t need Git to benefit from your Ruby wizardry.

cschneid and friends are working on a Sinatra book using Git and GitHub. Anyone can join in.

They join the growing number of people using Git and GitHub to write books collaboratively. Check it:

There’s the Rubinius book, the Ramaze book, Life on the Edge with Merb, DataMapper, & RSpec, and the Rails 2.1 book in English, Portuguese, and Spanish. Awesome.

Site feel slow? See a weird SSH message? Have a strange feeling in your gut? Wonder no longer – check out the GitHub Status Blog to see service related news about your favorite Git host.

HiveDB, the “open source framework for horizontally partitioning MySQL systems”, is moving to GitHub. They’re moving because Git rocks and so does GitHub. Sounds good to me. Check it out on GitHub.

Tracks is a “web-based application to help you implement” GTD. I haven’t used it, but they obviously know a thing or two about productivity – after all, they’ve moved to GitHub. Check ’em out. 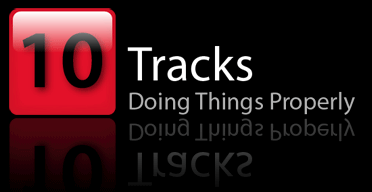 A month or so ago Tom and Chris sat down with the Web 2.0 Show while they were here in San Francisco. The episode is now online. Check it out if you just can’t get enough of our amazing voices.

In the past month I’ve done a lot of traveling. Traveling means noodling – lots of topic branches laying around from airplane rides and hotel hacking. Today I decided to get rid of the topic branches which had been merged into master. But how?

When in doubt, ask Scott Chacon. Here’s how to delete all the branches which are a subset of master (and therefor contain nothing juicy):

Alliteration is fun isn’t it? Our friends at Pledgie busted out their css wizardry to restyle your project’s profiles to give them a more consistent feel with our site. 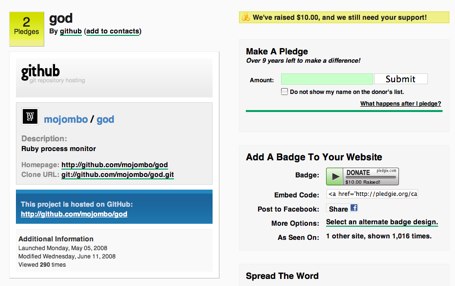 I predict y’all will make a million dollars on your open source projects now. Prove me wrong.

Hey everyone, meet Matt Pruitt (aka guitsaru). He’s going to help us out on the support front – mailing list, email, and Lighthouse. 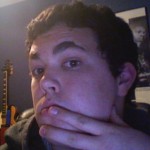 With Matt’s help, we’ll have more time to devote to the site itself.

One of my favorite people uses the MooTools Javascript framework and noticed something on the framework’s website:

That’s right, MooTools development now happens at GitHub. Yet another awesome project has moved to the awesomeness that is Git + GitHub.

Before today, when you pushed your gemspec to GitHub the only way you knew whether or not your gem built successfully is if it showed up on our server. Not optimal, we know.

Now, when your gem isn’t built properly we’ll send the repository owner a private message with the error. Something like this:

Hopefully this will help you debug your gem-building woes.

Carlos Brando and Marcos Tapajós have written a book on Rails 2.1 in Portuguese which is now being translating into English – right here on GitHub!

If you want to help out or follow along, check out http://github.com/carlosbrando/rails21-book. Great work guys, can’t wait to see the finished product.

Ready for Lift Off

The 350 GitHub t-shirts we gave away at RailsConf 2008 last weekend were a huge hit! For anyone that wasn’t there, the fronts say “fork you” and the backs say “github.com/__“. We’ll be making these shirts available for purchase very soon!

In case you grabbed one but didn’t get the memo, the back is designed so that you can write in your GitHub username with permanent ink. So grab a Sharpie and show off your work with pride! 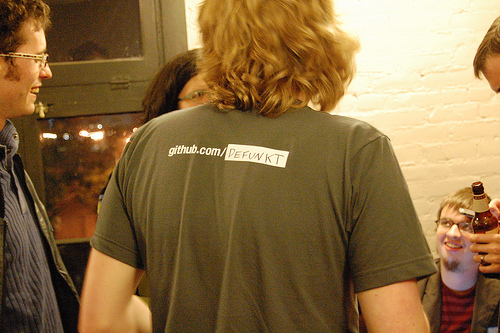 Chris showing you how it’s done 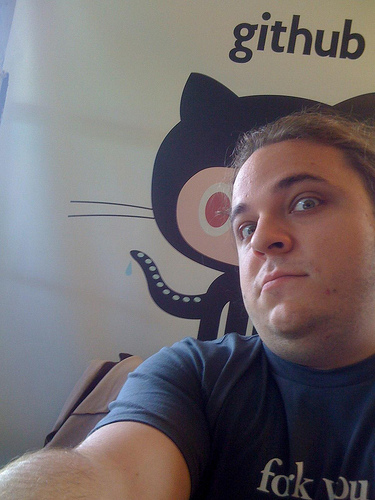 Big thanks to Ryan Norbauer of rubyrags.com for his help with printing arrangements.

This very simple idea of tracking the forking network of a particular project, and doing it well, is why GitHub has made a radically cool contribution to the opensource community.

This position has been filled. See GitHub Support, and thanks for the interest!